The best-known cannabinoids are THC and CBD. But another up and coming cannabinoid is CBG. CBG, which is short for cannabigerol, has many of the same attributes as CBD. CBG is the precursor cannabinoid to both CBD and THC. It is currently being researched for its potential benefit for a number of conditions including those related to inflammation.

It is being studied for its’ potential to benefit a number of ailments just as CBD is. Some suggest the potential benefits of CBG may be even greater than CBD. The research on both of these cannabinoids is in their early stages. Even though we are in the early stages of research into CBD, the potential of CBD has attracted the interest of consumers worldwide making CBD one of the fastest growing nutritional supplements in decades. CBG has not yet captured the attention of the public, but a number of businesses appear to be gearing up for CBG to potentially be the next big thing.

Click Here for Our Pick for #1 Best Value CBD Oil

The incredible fast growth of the CBD market over the past few years has been well documented in the business media and industry observers and analysts are projecting continued growth. Hemp farmers have made a lot of money from the growth of the CBD market. It is big business and a much more profitable crop than growing corn or soybeans. But some hemp farmers are looking to CBG as the next profitable niche in the cannabinoid market.

Currently the production of CBG is very low. But that may be changing soon. Part of the reason, in addition to the potential benefits for consumers, is that CBG is potentially a very profitable crop for hemp growers. For instance, One acre of hemp farmland planted for CBD can generate approximately $61,000 in revenue for the farmer. Yet that same acre cultivated for CBG rich hemp can generate $306,900 in revenue. So, if the hypothesized benefits for consumers pan out, the benefits for hemp farmers are significant.

So, many industry observers say that CBG may be a rising star in the hemp niche of the nutritional supplements industry with hopes of the substance duplicating the success of CBD as the next non-psychoactive cannabis or hemp derived product.

A Toronto based biopharmaceutical company named ‘Avicanna’ is involved with scientific research and product development of plant-derived cannabinoid products in collaboration with outside research institutions.

“We are confident about the prospects of CBG as an active ingredient in our consumer product lines and also its potential in our drug development platforms in isolation and in synergy with other cannabinoids. Our research teams around the world are already incorporating CBG into several oral and topical formulations and are in parallel conducting in vitro and in vivo studies to better understand its potential and efficacy for specific indications”

Some researchers are investigating whether CBG may have stronger therapeutic effects than CBD because of the way it interacts with endocannabinoid receptors in the body. CBG is also thought to possibly mitigate some of the psychoactive effects of tetrahydrocannabinol (THC), the intoxicating compound in marijuana that gets people high.

Some examples of the emerging business interest in CBG includes:

The company Hemp Americana Inc., best known for its rolling papers made of hemp called ‘Rolling Thunders’, announced in May of 2020 that they will soon release a CBG Oil product.

There are a number of other companies preparing CBG related products or other related businesses.

Both CBD and CBG are non-intoxicating cannabinoids. Both are among the over 100 cannabinoids found in cannabis plants.

CBG is considered to be a precursor to other cannabinoids because CBG-A, the acidic form of CBG, breaks down to form CBG, CBD, THC, and CBC (cannabichromene) when heated.

Both CBD and CBG are believed to have anti-inflammatory properties.

So far, there is an increasing amount of research into CBD, but research on CBG is thus far limited. Since businesses and medical marijuana patients are increasingly interested in CBG, increased research into CBG is likely.

It is presently premature to expect to find many CBG products available to consumers, with the exception of medical marijuana patients. Based on increased buzz and business interest in CBG, that could likely change in the coming years.

A Track Record Of Excellence! 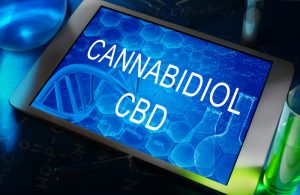 This CBD Is Rated ‘Best Value’ 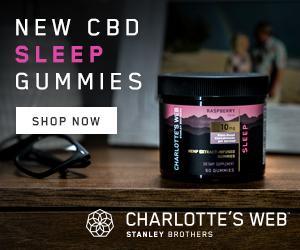 #nanocbd CBD vs. Nano CBD – Why You Should AVOID 'NANO CBD' https://cbdrevu.com/cbd-vs-nano-cbd-why-you-should-avoid-nano-cbd/